Gear milling & gear grinding machines from renowned manufacturers 24 Items
Categories
Filter
Subscribe to search
Not found what you are looking for? 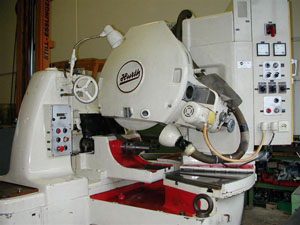 In the building of machines and automobiles, the individual components of gear wheels and gear racks are particularly important. Their production is commonly undertaken by a gear cutting machine. Gear wheels are made using two processes. First of all they are milled and then ground. Depending on their prospective use, different types of machines could be used for said process. For the milling of gear wheels, hobbing processes are used.

High numbers of gear edges can be deburred and sharpened efficiently using this process. The machines contain NC or CNC-control, which eases the operation. A hobbing machine is used for the manufacturing of external teeth, as well as spur and helical gears. For workpieces with large diameters, internal helical gears are possible. Crown wheels and bevel gears can also be produced using this machine. Smaller internal gears cannot be produced using this process and therefore, hobbing in conjunction with special machines is used for this purpose. The hobbing machine is very flexible in terms of its settings, and can take up a large row of variously arranged tools.

KAPP Gear cutting machine in use

A robust machine body hosts the individual machine components. This component operates the hob and also the movable clamping slide or chuck for the workpiece. A cooling system is usually integrated within the casing. There is a difference between horizontal and vertical machines. Particularly precise tooth flanks can be achieved if the tooth flanks are first milled and then the gear wheel is hardened. Thereafter, the special tooth flank grinder can create the final contours.

The hobber was invented in 1856 and the first machines used for gear wheel processing were built in 1887. The process was perfected towards the end of the century and the first universal hobber was established. The operational field was the only restriction and other than that it could do almost everything, including spur and helical gears. Modern machines are CNC operated.

Areas of application and examples of gear cutting machines 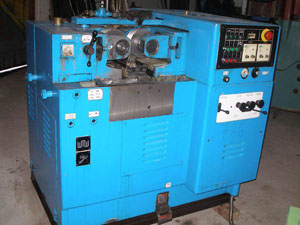 Gear cutting machines are used for the production of gear wheels and gear racks in all areas of industry and production, where gear wheels are used a transmission or input feed. An effective use of the gear cutting machines is particularly important for transmissions - which are necessary for the production of automobiles and many other industry machines - and for producing large numbers of pieces.

Several companies have specialised in the manufacturing of gear cutting machines. Some of the most recommended suppliers include HÖFLER, PFAUTER, PRAEWEMA, TOS, LIEBHERRVERZAHNTECHNIK, MAG-GROUP and SAMPUTENSILI (now MAG-GROUP). 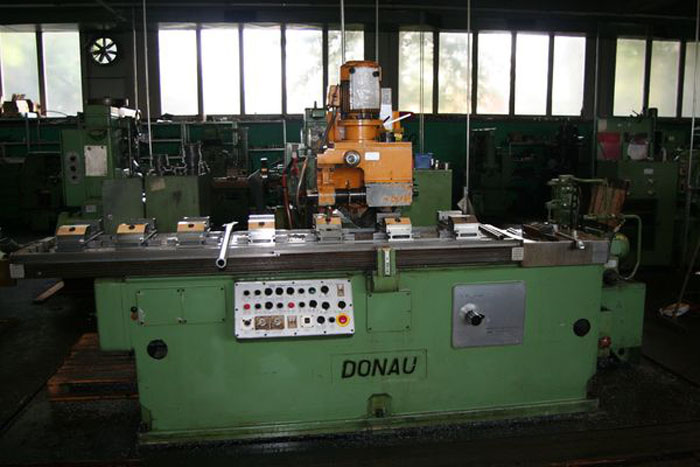 Check out these awesome items on Surplex:
Gear Cutting Machines