Subscribe now
Keywords in this category: Other Production Lines 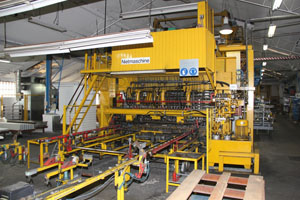 How can a production line improve manufacturing efficiency?

A brief history of production lines

Along with the introduction of mass production in industrial settings came the conventional industrial production line, with the aim to help effectively produce large numbers of products. Over the years it has evolved, while the processes have become more refined and automated. At the beginning many parts of the production line were operated hydraulically or using compressed air, while sensors were used to monitor production and display the necessary measurements, in order to notify when the production line needed an adjustment. However, with the introduction of computer technology the entire process became automated and centralised around a single controller. The key part in the emergence of an automatic production line has been played by the SIEMENS company, well-known for its innovative approaches.

How does a production line operate?

Before installing a production line, it is necessary to perform extensive technological preparations in order to achieve optimal operation and minimize the production expenses. In terms of this, the assembly line machinery should be chosen on the basis of specific characteristics required for the production of a particular product. The same goes for the individual tools of each respective machine. In order to make the production line as effective as possible, the optimal coordination of the individual components with one another must be accomplished. For transportation of products from one machine to another, within the linear sequence of production line machines, different transportation methods, such as conveyors and chutes, are used. During the very manufacturing process, numerous procedures, including the flow of material, its processing, assembly, and quality control, are integrated into one automatic production line. In addition to these, buffer zones and alternative routes can also be integrated in order to enable upgrades and repairs of individual stations during mass-production. Particular workspaces in the production line are used for assembly and quality control of the end products. Most of modern production lines are computer-operated, so that all of the processes are monitored, coordinated and controlled from one place.

Area of application of an industrial production line

Industrial production lines have found their application in most sectors of industry, particularly in machine and automobile construction, chemical industry, food industry, etc. Their application is of essential importance in the automobile industry. This is mostly due to the fact that an effective and optimally designed production line can reduce the cost of the end product and bring more profit to companies. 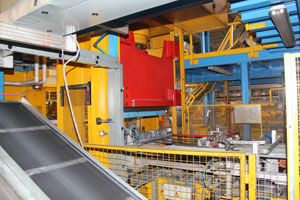 Where to buy a used production line with high quality operational tools?

Check out these awesome items on Surplex:
Production Lines