Industrial machines for cutting veneer packages 2 Items
Categories
Filter
Subscribe to search
Not found what you are looking for?

What is veneer cutting?

Wood veneer is a thin piece of wood used to cover other wooden surfaces such as plywood, particle board, pressed board and other composite board, so as to provide a more refined appearance by creating the impression that the entire piece of wood is made out of the same matter as the veneer. Although veneer is pretty thin (around 1/8 of an inch), it is still actual wood, which is why veneer cutting necessitates utmost accuracy and precision.

Such precision and care can be achieved through the use of modern veneer cutting machines. There are several different methods for cutting veneer and the way it is cut from the logs affects its appearance and the pattern of the grain. There are two main methods for cutting veneer using a veneer cutting machine: rotary cutting and slicing, the latter having several variations that produce different appearance.

A brief history of veneer cutting

Certain goods found in tombs show that veneer technology was being used in Ancient Egypt. This was accomplished by cutting up valuable wood as thin as possible and then gluing it on top of the less valuable wood.

The first veneer cutting factory was established in Germany in 1843. However, veneer was not widely distributed until the slicing machine was invented in 1870.

How does a veneer cutting machine operate? 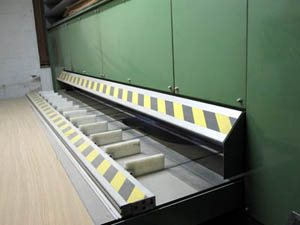 The use of veneer for furniture and interior construction

It is not possible to imagine our modern life without veneered wood. This is why veneer cutting machines have become an integral pert of the furniture industry, where veneer is used to improve the outer sides of doors and furniture. For interior construction, veneer is used for floor boards, ceilings, and walls, in boats, airplanes, and cars. Almost all kinds of wood can be used to produce veneer, the most popular being hardwoods; more than half of all veneer is made out of beech or oak wood. A veneer cutting machine can also be used to cut veneer from expensive wood like redwood, bird's eye maple, mahogany, teak and other exotic wood. After the cutting of veneer sheets, they are either put together using veneer glue jointing or zig-zag shaped glue thread or glued together as a wave-formed sheet.

The use of veneer for furniture and interior construction

Several companies have specialised in the veneer cutting machine production, including JOSTING, MONGUZZI, EMMELLE and TAGLIABUE. It is often possible to find a quality wood veneer cutting machine by the renowned suppliers in our numerous industrial auctions as well as on our regular used machinery page at Surplex.com. We recommend that you visit us regularly as our industrial machinery offer is constantly updated and consider subscribing to our newsletter in order not to miss any special offers in the future. 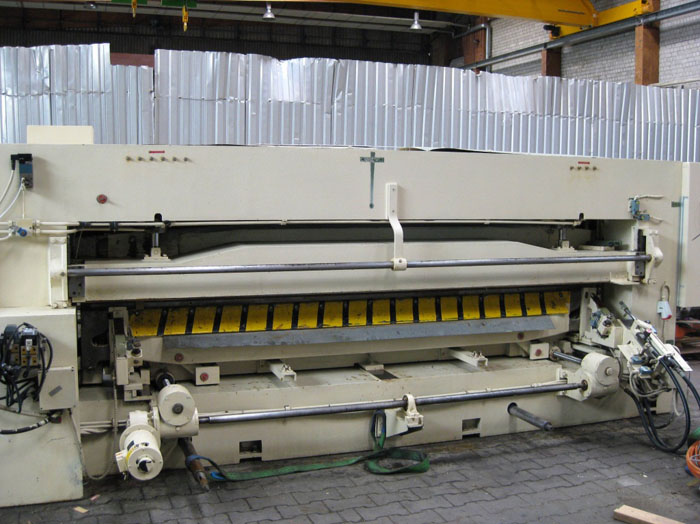 Check out these awesome items on Surplex:
Veneer Cutting Machines