Used Crosscut/Mitre saws 3 Items
Categories
Filter
Subscribe to search +
Not found what you are looking for?

80 years ago Raymond DeWALT invented the radial arm saw and introduced it to the market. Today the company uses the characteristics of this circular saw as their guiding principle: durable; powerful; precise; and reliable. DeWALT has had a good reputation as a developer and manufacturer of industrial power tools and accessories since 1924.

The History of DeWALT

Initially, DeWALT was an independent company, founded by Raymond E. DeWALT. The company expanded very quickly and moved to Pennsylvania to open a new office building and production facility in 1929. In 1949, DeWALT first became “American Machine & Foundry Co.” and then was sold to “Black & Decker” in 1960. In 1994, DeWALT bought the German power tool manufacturer, ELU, and expanded its range with German technology. The German factories have now slowly moved to Eastern Europe and China. For the last 5 years, DeWALT has been the most rapidly growing and leading brand for power tools worldwide.

Along with other manufacturers, DeWALT developed the concept of recycling. This means that retailers and consumers can return their power tools very easily. Valuable raw materials are recycled and material that cannot be reused is responsibly disposed of. DeWALT also founded the project called “Perform & Protect”. This has had the goal of developing a worldwide encompassing programme with safe, professional high- performance tools since 2007. Products within this programme are made to advantage the operator. The three main criteria for this are; vibration, dust and control. Tools marked with “Vibrations” should have their vibration reduced by 50% and this protects the blood vessels, nerves, muscles and joints. This reduces the likelihood of getting hand-arm vibration syndrome or vibration white finger. If a product is marked with “dust”, it is guaranteed that it will produce less dust. This ensures that the number of long-term health impacts on the lungs is minimised.

If a product is marked with “control”, this has to do with improved torque control. This prevents injuries for the operator and damage to the machine, when blockages arise during drilling, cutting or grinding work.

The XLR® series includes attachments for drills, with 4 cut geometries and a 4 fold helix, which is optimal for removing debris and reducing vibration by up to 38%. 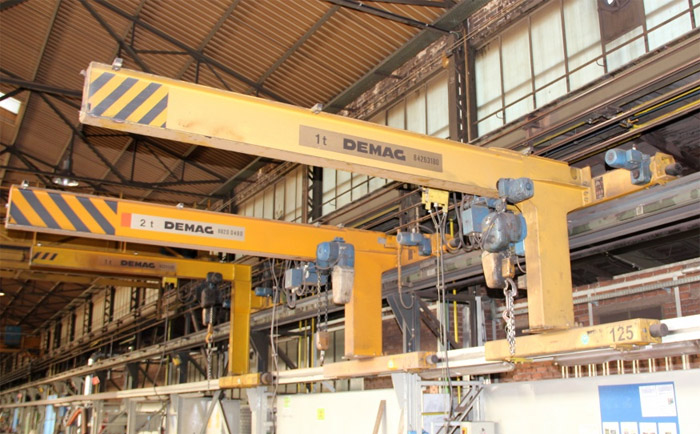 Check out these awesome items on Surplex:
Used DeWALT Machinery