Müller WEINGARTEN AG is a leading Germany-based company that specializes in metal forming, forging and die casting processing resolutions in the automobile industry. With its headquarters located in Weingarten, Germany, the company has been offering a variety of machinery for automotive and household appliances.

Through decades, the firm has grown tremendously and has increased its staff base and product portfolio. WEINGARTEN's clients are drawn from automobile makers, aerospace companies and die-casting industries. Offering quality products and increasing productions are the main strengths of this company.

The History of WEINGARTEN

MULLER WEINGARTEN AG was established in the year 1863. The firm has, since then, grown tremendously into a leading worldwide dealer of metalworking machines used in automotives and supplier industries.

In 1981 it merged with the Fritz Muller GmbH & Co. Esslingen to form Maschinenfabrik Muller Weingarten AG, followed by opening of a sales office in Paris in 1993.

The following year the firm changed its name to MULLER WEINGARTEN AG and has since then spread to other countries such as Czech Republic, Switzerland and China. In March 2007 the organization was acquired by SCHULER group.

MULLER WEINGARTEN AG manufactures a wide range of products, including vehicle components such as drives, chassis and other body parts. Moreover, the company offers die-casting machines. It has been offering maintenance and repair services to its customers. What is more, production of machinery used in the aerospace industry in addition to manufacturing a range of applications used in production of consumer goods, has been part of the solutions offered by the firm. MULLER WEINGARTEN AG is the leading producer of various products like large mechanical and hydraulic presses. It has always modified its equipment and machinery to suit customer's preferences.

MULLER WEINGARTEN AG is one of the leading companies in Germany. In order to reach its potential customers, the company has opened its branches worldwide including in China, Spain, Switzerland, Czech Republic, Great Britain, USA and Mexico. The organization has an annual revenue of over $ 1 million. By the year 2007 the company had an employee base of over 1000 heads. Some of which are trainees who are at times retained upon completion. WEINGARTEN's growth is evidenced by the presence of subsidiaries all over the world. 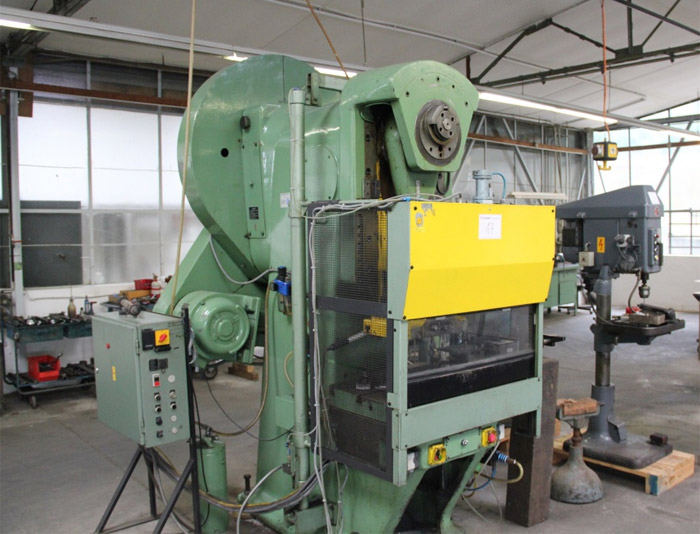 Check out these awesome items on Surplex:
Used WEINGARTEN Machinery