Automatic bar lathes are automatic lathes that work on rod shaped raw materials. This special kind of lathe is usually used with a bar feeder and a chip conveyor. A distinction is made between lathes with one or several spindles, whose classic cam control is being increasingly ousted by CNC controlled models. Automatic bar lathes allow a cost-effective complete machining in only one operation. The typical products that an automatic bar lathe manufactures are screws, nuts, small parts for the automotive industry, etc. At Surplex you will find used automatic bar lathes from leading manufacturers such as GILDEMEISTER, PITTLER, TRAUB and IEMCA, also modern models! 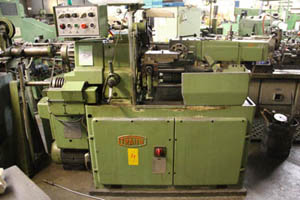 An automatic bar lathe is a lathe that is used for the machining of bar-formed raw material. Through turning, a part of the raw material is separated and then further processed using milling processes. The term "machine" refers to its fully automatic workflow. The machine contains one or several spindles. Single spindle bar automatic lathes are able to use several working carriages simultaneously.

The bar formed semi-finished workpiece is pushed directly through the hollow spindle. Multi spindle bar automatic lathes contain a bar receptacle behind the main spindle. This allows for a parallel, un-related processing of complex components. Through computer programmed control, several different machines can be simultaneously used. The efficiency of bar automatic lathes is played out in a variety of factors: the number of tools it can host; the possibility to quickly change tools; the simultaneous undertaking of various operational steps (e.g. the processing and post-processing of a bar in one step). In addition to fixed tools, power tools can also be used. A guide bushing with an integrated motor and liquid cooling allows for a very high rotational speed of the spindle.

TRAUB Bar automatic lathe in use

Special machines include the short lathes and the long lathes. Before the 1980s, when computer programming was widely used, cam control was used as the main system. There is a control shaft at the front of the machine that undertakes the turning in strokes. Using a cam disc, the direction of movement on the tool rails was predetermined and all the workflows were activated using cams or cam discs. The used market still contains a lot of these machines.

From turning to the lathe

The technology of turning was even used in ancient times, where it was done manually by pulling ropes. This is known as turning in woodworking. In metalworking, lathes were first invented after the steam engine was introduced. Around 1870 the first automatic machine tools were used.

The well-tried cam control versus CNC-control

Automatic bar lathes can be used for the production of simple components in large numbers, for example, nuts and bolts. 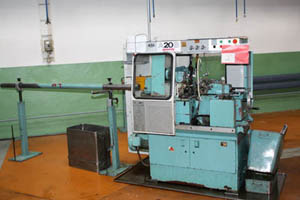 Long lathes can be used to produce long workpieces with a very small diameter. For example, those that are used in the watching making industry. Products can also be produced for medicine, for example, for the dentistry sector or bone screws for surgery. Modern CNC-machines are more flexible and easier to handle. However, the cam controlled bar machines are still ideal for the production of simple workpieces in large numbers, due to their longevity and that they are easy to repair.

Several companies have specialised in the manufacturing of used bar automatic lathes and accessories. Some of the most recommended suppliers include VEB, BECHET, and INDEX.

You can find all of them and further important brands in our regular industrial auctions on Surplex.com. Just take a look and find the perfect industrial machine for your interest. 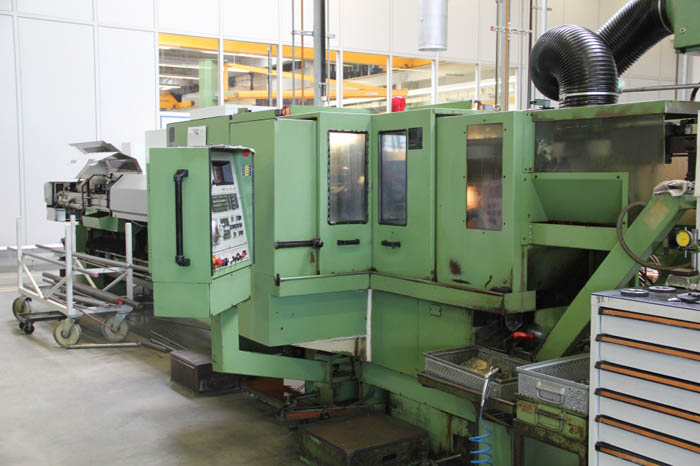 Check out these awesome items on Surplex:
Automatic Lathes with Bar Feeders