Enamelling lines are the automated version of spray booths. They have special coating tools and dispose the pieces that are ready through loading and transport systems. They can cover all pieces with a protective and appealing surface. Depending on the type, it can be used an extractor, a separator and a venturi scrubber. Cathodic dipping methods prevail in series coating for vehicles, where all operations are carried out by industrial robots. To reduce costs, you can buy a powerful second hand enamelling line at Surplex. 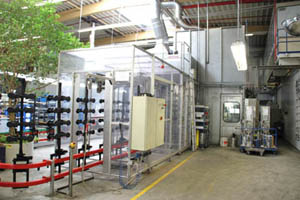 An enamelling line is used to coat workpieces with a protective and a visually pleasing surface. Wet painting systems are used for the manufacturing of colours, varnishes and other coating materials. Various forms are common and differ themselves depending on application. Continuous spray booths are used for mass production. Large capacity spray booths and varnishing equipment are used for large pieces and in the mass production for varnished material.

Personalized Flat pieces are varnished using flat spray machines. There are also a large range of processes. For example, the spray gun can be used, or electro static coating processes. An enamelling line is widely distributed within industry. Powder coating, protection against corrosion and visually pleasing surfaces are all produced on an enamelling line. These machines have a large range of characteristics, which enable them to varnish workpieces in an environmentally friendly way. Therefore, extractors, separators and venturi scrubbers are required depending on the type of machine.

WAGNER ESB Enamelling line in use

History and background of enamelling lines

Enamelling lines are an automatic version of the spraying booth, which not only has tools for varnishing but also systems in place for the removal of finished workpieces. There has always been intention to make this process automatic. This would reduce the health risks for the operator, as they would be able to run the process from the outside. Enamelling lines require pre-treatment systems and drying systems. The first industrial enamelling lines were available in the 1960s. Enamelling lines were implemented for the production of automobile bodies, where all activities were undertaken by industrial robots.

Areas of application and examples of enamelling lines

The enamelling line is used in almost all branches of industry to coat finished workpieces and components. Enamelling lines are especially used for smaller workpieces as well as machines for the varnishing of large surfaces through continual spray processes. 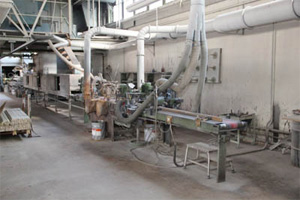 It is widely applied in the woodworking industry, where it is common to mass produce varnished windows and furniture components. Enamelling lines are even used for pieces made out of steel to cover them with a robust powder coating.

Brands and manufacturers of enamelling lines

Several companies have specialised in the manufacturing of enamelling lines. Some of the most recommended suppliers include REHNEN, BUERKLE, HOLZHAEUER, OTTO MÜLLER, AFOTEK and DURST 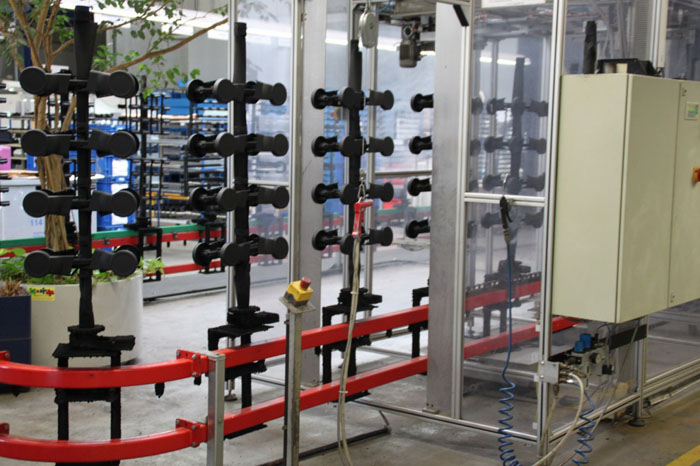 Check out these awesome items on Surplex:
Enamelling Lines