All machines Others Construction Industry & Equipment 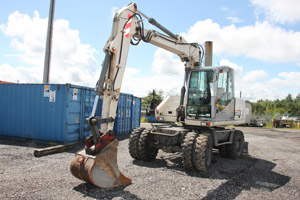 What are Excavators used for?

Excavators are a standard construction tool used for digging, land levelling, dredging, rubble removal, mining and forestry work. They are also highly useful in the distribution of large volumes of material such as gravel, sand and earth. Primarily used in building works, they are a practical tool for both construction preparation and demolition clean-up. Foundation digging, landscaping and rubble removal are all well within the capabilities of heavy-duty excavators.

Excavators are available in a wide variety of sizes. Compacts, which can be as light as 930kg, work very well in confined spaces, whereas large scale machines are suitable for on-site building work. Some are even suitable for the demolition of 10 storey+ buildings.

Key components of an Excavator

Despite differences of size and capabilities, most excavators consist of the same key components. These machines generally comprise of a boom, attached to which is a bucket and dipper arm which provides the digging force. These in turn are attached to the undercarriage, which also holds the pilot cab. 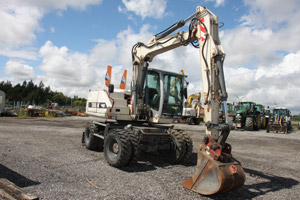 This cab houses the control and is attached to the undercarriage by a central pin which allows for 360 degree movement. Many options are available for boom and bucket specifications, depending on the function they are required to fulfil. For instance, mono booms allow vertical movement only, knuckle booms also facilitate lateral movement, and hinge booms allow 180 degree movement independently of the cab. Bucket sizes are also variable. Larger buckets are suitable for rubble removal, levelling and digging through softer material, whereas the general purpose buckets are smaller and far stronger, and suitable for digging through tough ground and breaking through rocks. In addition to buckets, jack hammers and pallet forks are also available which can be useful for a wide range of transportation and construction activities.

Most excavators now include a concealed counterweight which is positioned between the wheels or tracks. Such zero tail swing excavators were developed to counter the problem of protruding counterweights in confined workspaces and are now the most widely used across the world. Excavators are generally available with either tracks or wheels. A notable exception is the walking excavator, which is suitable for navigating uneven terrain and is particularly useful for forestry work. Excavators are most often hydraulically operated. The electric motor is used to power the three hydraulic pumps, two of which control the oil pressure for the digger arm, the third of which works at a lower pressure to facilitate pilot control.

Due to their high prevalence and wide range of sizes, there are numerous providers of excavators. The most popular brands are KOMATSU, Zettelmeyer, DEUTZ, CATERPILLAR, SIEMENS, CASE, LIEBHERR and ATLAS COPCO. 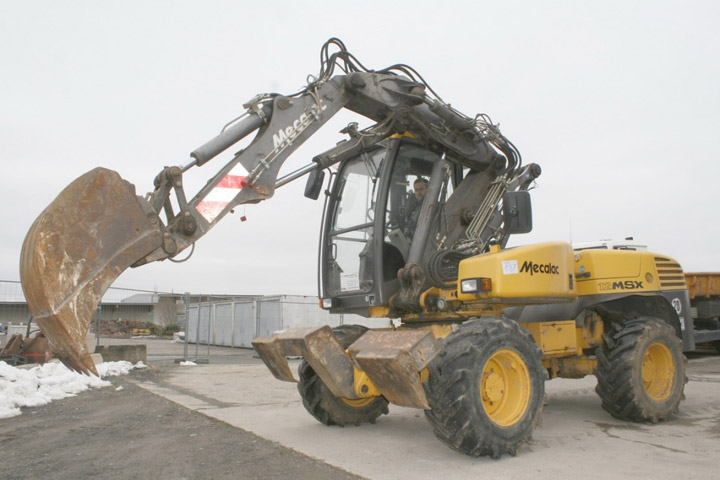 Check out these awesome items on Surplex:
Excavators