Articulated, painting & welding robots from top manufacturers 29 Items
Categories
Filter
Subscribe to search
Not found what you are looking for?

Industrial robots are universal tools. Once programmed, they autonomously carry out defined operational procedures. Industrial robots reduce costs, increase productivity and improve earnings. They protect workers against accidents and health hazards. Robots from leading manufacturers such as ABB (IRB series), KUKA (KRC series), FANUC, STÄUBLI or MOTOMAN cover all requirements. The differences lie, for example, in the number of axles and the maximum load capacity. The whole world of robotics meets at Surplex, where you can purchase by auction on fair terms used painting, welding or SCARA robots. 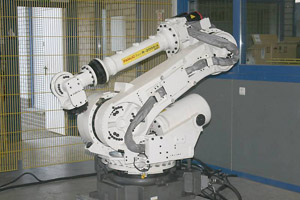 What is an industrial robot - a definition!

Personalized such as teleoperators or insertion devices, because they are more universal and their movements are controlled through programming. Industrial robots can be used to change angles, strokes and movement sequences without mechanical intervention. They also contain sensors that control and operate their movements.

Industrial robots contain several movement axes that are split between primary and secondary axes. Primary axes can move in a rotating or translational movement and determine where the robot can reach. Secondary axes primarily rotate and are generally used to position the gripping implement or a workpiece, which is located on its mounting flange. The working space of an industry robot is the useable space that is reachable by the mounting flange or the mounted tool. IGM Robots in use It is part of the space of the whole area, which a robot can reach with at least one of its parts. The reachable space is determined by the manufacturer; it is a safety zone within the dangerous zone (which should remain empty and clear during operation). Industry robots vary depending on their build up: vertical and horizontal (SCARA); jointed arm robots; cylindrical coordinates robot; swing arm robots; and linear and surface gantries.

The development of the industry robot

The development of numerical operation of machines led the way for industry robots to be invented. They have been a common tool since the 1970s. The first robots were built in the form of cylindrical coordinates robots due to their relatively simple coordinate transformation, which is necessary to calculation the position of the tool on the mounting flange. Through the developments in computer technology, the time required for computing is no longer an issue. 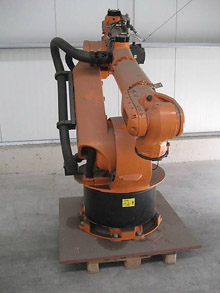 What kind of tasks are robots used for?

Because of their universal construction, robots can generally be implemented into all kinds of machines. The specific areas of application are determined through the differences in the characteristics of the machines. Industrial robots generally have large working spaces and a higher a degree of freedom than other machine tools. However, they do have a larger static and dynamic compliance well as a worse ability to produce products repeatedly.

Robots are therefore used for tasks, which require a complex set of movements and do not require high levels of precision. For example, welding and coating (varnishing robots), the loading of machine tools, or the loading and unloading of pallets. Particularly fast robots are used for assembly that need to produce a lot of the same product in a small space. A suitable type of robot for this is the swing arm robot. 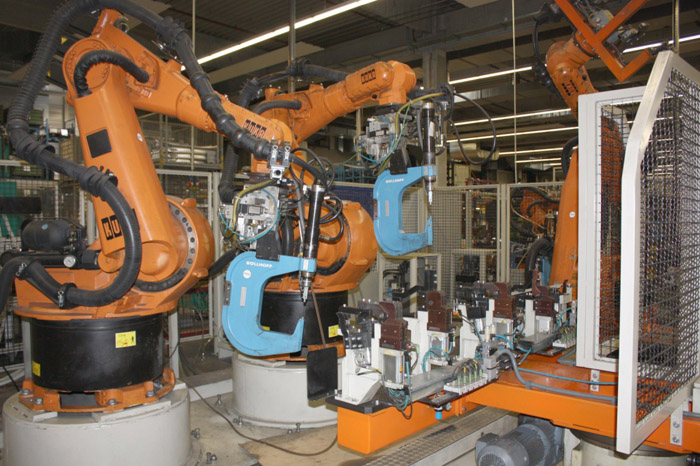 Check out these awesome items on Surplex:
Industrial Robots