Receive new offers in this category directly by e-mail.

The hinge-boring machine is similar in design to a pillar drill, but has several drilling spindles, which makes it fast and flexible. The multiple spindles accommodate different drill heads, allowing the production of various drill holes in a single operation. Integrated insertion units press the hinges directly into the bore. A similar function is also performed by the drilling machines for window handles and mounting plates, which originate from the hinge boring machines. Due to their robust construction, hinge-boring machines are also in great demand as used machines. At Surplex, for example, you can bid for a used machine even at a location near you. 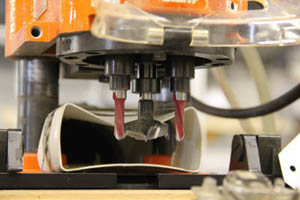 A hinge-boring machine is used for drilling holes and series of holes in door and window coverings, eccentric joints, belts and mounting surfaces in a cost-effective way. The machine is capable of performing all tasks within one work operation thanks to a number of drilling spindles, each capable of holding a variety of tools. Versions featuring several powered spindles make serial production very effective and rapid. A hinge drilling machine features a similar design to that of the column/pillar drill.

These machines also feature a multiple-spindle head as well as a range of adjustable rulers and stops. The spindle drilling heads enable several different drills to be clamped in place and thus make it possible to produce varied bore holes within one work operation. Special versions include handle-hole drilling machines and hinge-boring jigs. In higher-quality hinge drilling machines, the workpiece is clamped in place pneumatically and feeding is also pneumatically powered. It is also common for pressure insertion units to be integrated into a hinge machine to enable coverings to be applied to the inside of the drilled holes. This adds up to significant time savings when creating cup hinge holes since the parts can be manufactured within the same machine.

The main areas of application for the hinge machine are in the woodworking industry and plastics industry. Here again, the hinge machines are used in window and door manufacture as well as furniture production. The feed process during drilling is often pneumatic. Construction panels for cabinet furniture can also be produced using this equipment. The side walls of cabinet furniture are equipped with series of holes by the machine, which can later be used for mounting construction panels and shelves. For this reason, hinge drilling machines and gang drilling machines are often combined into one piece of kit.

A large number of companies have focussed their efforts on designing and producing hinge-boring machines. These include GRASS, BLUM, SCHEER, HETTICH and GÖTZINGER, as well as H & T, JAGO, PRIESS & HORSTMANN, PFLUKA, HESS, GANNOMAT, WUERTH and MAW. Used hinge-boring machines from these manufacturers are always of high quality and come highly recommended. Are you looking to buy a second-hand hinge machine? Then Surplex is the right place to be! We frequently have a large selection of used hinge machines for sale in a very good condition. If you cannot find the model you need, simply get in touch with our skilled team who are on hand to provide information and advice. Our range of machinery is continually expanded through numerous industrial auctions, which is why we recommend regular visits to our second-hand machinery portal. 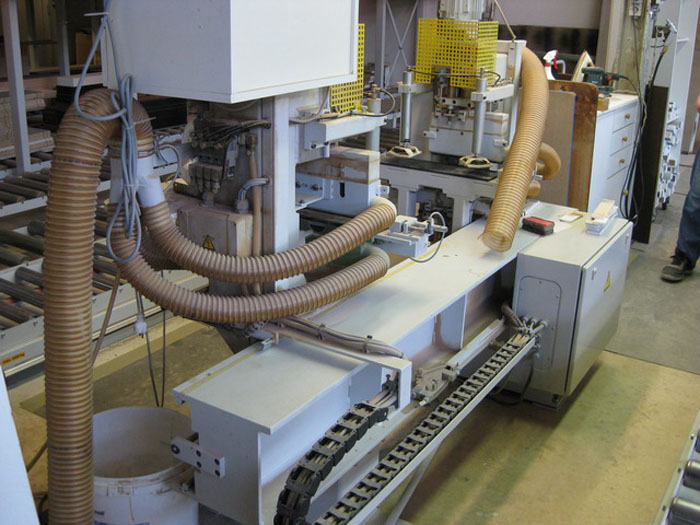