Everything for repairing & expanding robot functions 1 Item
Categories
Filter
Subscribe to search
Not found what you are looking for? 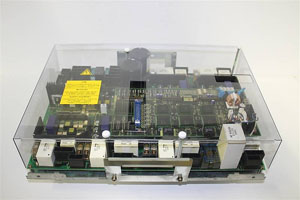 Industrial robots and their parts

Industrial robots can no longer be imagined away from modern production because their advantages at so extensive. Critics certainly complain at the loss of jobs through automation, but one must take account which jobs are being lost. Robots can carry out monotonous, dangerous, and very heavy tasks which would sooner or later cause health damage to a human worker.

Personalized Robots are a labour source which themselves require care, maintenance, and development. This means that robotics is a field which in itself will create many new jobs in the future.

There are many different varieties of industrial robots, but the basic concept remains the same. It consists of a stable supporting frame, ensuring the secure stance of the robot. Housing contains the drive and operating technology. Robots use the same drive technology that common in industry. There are pneumatic, electric and hydraulically driven robots, which rely on the same supply engineering as the other machinery. The majority of industrial robots are electrically driven. Pulling cables or specialised kinematics (e.g., SCARA robots) compensate for the speed disadvantage of electrically driven robots. The actual gripping and moving unit of the robot is called the manipulator, referred to informally as the "robot arm". This is the main differentiation between the different types of robots; robots are defined by their movable axels. Though axels are theoretically customizable, the 5-axel-robot is the common manipulator for industrial use. 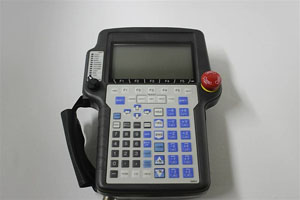 One difficulty presented by industrial robots is the requirement of an exclusive operating room. It can be very dangerous to be in the room with an industrial robot, as their pivoting and swivelling movements can be very fast and powerful. It is therefore common for industrial robots to be enclosed. A stable cage ensures that no one accidentally walks into the operating zone of the robot. If this is unavoidable, the complete stoppage of the robot's movement is guaranteed by a safety switch installed in the door of the cage. Systems are also available in which the robot detects when a foreign body enters its operating zone and stops automatically. The security system around a robot should be planned with redundancies. Depending on the work area, further specialised protective measures for robots are available. These serve to prevent premature wear and tear of the robot. In environments where lacquering or welding takes place other specialised protection for the robots may be sensible.

Suppliers of robotic elements and parts

Recommendable sources of robotic technology include IPR, SCHUNK and FIBRO.

Check out these awesome items on Surplex:
Robot Components and Parts