For precise cuts in sheet metal processing 7 Items
Categories
Filter
Subscribe to search
Not found what you are looking for? 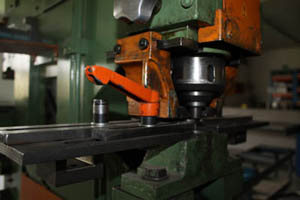 Profile shears for the optimal cut

Steel Profile and section shears can be found in the cutting department of every large industrial operation. This effective machine can undertake a large range of functions. The industrial machines are mainly used to cut steel profiles accurately and, in contrast to metal sawing machines, they're cutting process does not produce chippings. It is principally used just like a simple pair of scissors would be used. A fixed blade is available, upon which the material is placed.

With simple machines, the movable blade that cuts the profiles is manually operated using a hand lever. The movements of industrial machines are usually operated hydraulically or pneumatically. Additionally, the workpiece is clamped in during the cutting process to ensure that it does not slip. There are matrices for each of the individual profiles that take up the exact form of the material on the fixed blade. The Steel Profile Shears is often a combined hole and profile punch, enabling it to punch holes into the profile when required. A notching tool, used to produced notches and chop steel, is also available. The tools of both the hole and profile punch and the notching tool can be easily switched in order to be able to produce various forms. The whole machine is mounted onto a relatively heavy machine body, which ensures stability. A strong drive, which is hydraulically operated, creates the necessary power required for the shears.

PEDDINGHAUS Profile Shears in use

Profile shears with a long tradition

The first Steel Profile Shears appeared at the beginning of the machining era in Europe and the USA. The idea is much older, but with the start of the industrialisation powerful machines were needed. The building of automobiles then made it necessary to include powerful machines in the cutting departments of companies. The Steel Profile Shears operate with the cutting action of two blades, which are manufactured out of special steel. In comparison with the sawing machine, a cut using scissors can be completed in one step. In contrast, the use of the saw creates a lot of chippings during the cutting process and requires a lot more time. 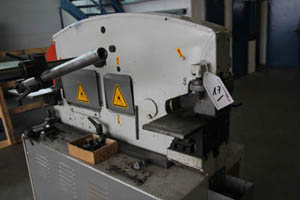 Areas of application and examples of Steel Profile Shears

Effective Steel Profile Shears are mainly used in the automobile delivery industry. The work done with steel or sheet metal profiles requires the parts to have a lightweight design. In order to cut these effectively, Steel Profile Shears must be used. It is common to have 4 or 5 fold combined machines that not only contain a Steel Profile Shears but also, for example, metal shears and bar shears. Additionally, some machines also have a punching device. This is used, for example, to produce 4-sided recesses in the profiles for lock screws. A good example is building shelves, which is done using an angle iron. After the material is sheared into the desired length, the necessary mounting holes are punched, to which is where the different shelving components can be connected using screws.

Several companies have specialised in the manufacturing of Steel Profile Shears. Some of the most recommended suppliers include PEDDINGHAUS, MUBEA (MUHR & BENDER), DURMA und SAHINLER. 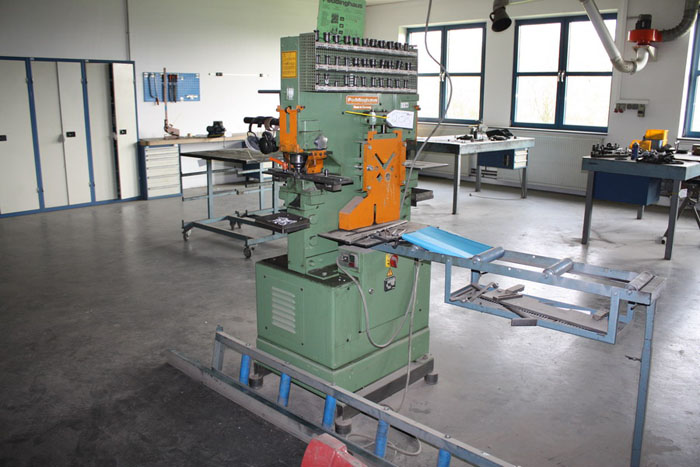 Check out these awesome items on Surplex:
Steel Profile Shears