Mechanical & hydraulic high quality straightening presses 4 Items
Categories
Filter
Subscribe to search
Not found what you are looking for? 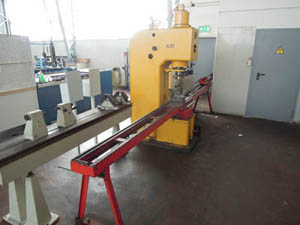 A straightening press is applied in processes, where undesired shapes and forms need to be corrected. It undertakes this task through machining or thermo processing of metal workpieces. It can also be used for reparations, in order to eliminate deformations on workpieces that have resulted from bending. The straightening press generates a certain level of stress onto the workpiece, causing the workpiece to reform along its elastic areas.

The straightening press is the child of precision manufacturing

An associated press in the form of a hammer (in other words, a stone used as a hammer), was the first type of tool that humans used. Presses used as machines in metalworking were first introduced at the end of the 19th century in the bicycle industry in the American Midwest. At the beginning of the 20th century Henry Ford started incorporating presses into his manufacturing process for automobile construction. The demand for a special straightening press first came about in the mid 19th century alongside the demand for more precise finished metal workpieces. 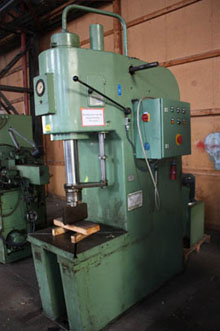 The application of straightening presses in production

Generally, machining production processes and thermo processes like hardening are used to change undesired forms of a workpiece. A demand for low production tolerances requires precise machining. This can be done in a variety of ways, like grinding. As a forming process that doesn't result in chippings, straightening saves material and allows a pre-processing of the workpiece with low tolerances. Stroke controlled straightening machines allow for workpieces to be straightened with accuracy of up to a thousandth of a millimetre. These machines can be used, for example, during the processing of hardened guide rails, during the final grinding stages and are used for the straightening of gearbox and crank shafts. 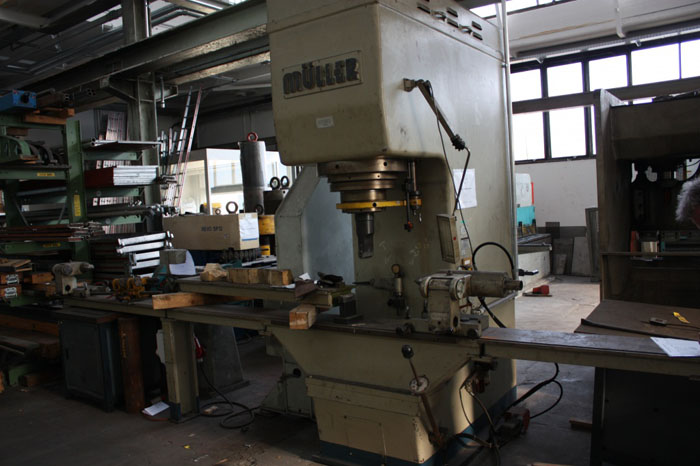 Check out these awesome items on Surplex:
Straightening Presses