Tried and tested tenoning machines for woodcraft 7 Items
Categories
Filter
Subscribe to search
Not found what you are looking for? 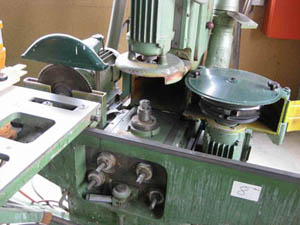 Creating mortise and tenon joints with a tenoning machine

A tenoning machine is used in the production of mortises and tenons for wooden joints. Tenoners utilize saw blades or cutter heads to create specific projections (called tenons) on wooden workpieces. Each of the tenons can be put into an appropriate cavity (called mortise) on another wooden workpiece to create a mortise and tenon joint. There is a variety of different mortise and tenon forms that can be produced with a tenoner. For example, the wedged half-dovetail mortise is called so due to its resemblance to a dove tail. A typical tenoner contains a horizontal mill with a cast iron work support, in the middle of which the milling spindle is located. Often, tenon machines are used with a router and contain router spindles.

Router spindles of different speed enable the use of various precision tools in order to achieve the desired shape of the workpiece. Although the rotation speed can reach up to 10,000 rotations per minute, such high speeds are rarely used. Depending on the production needs, a tenon machine can be designed for either flexible or high-volume production. When used in mass-production, tenoners produce a large number of tenons in batches and often contain automatic tool-changers and in-feed and out-feed systems used to shorten the setup and production time. In addition, a tenoner is often combined with a circular saw to trim the corners of the workpiece.

Types of tenoners and optional features

There are two main types of tenoners: a single end tenoner and a double end tenoner. Both types of tenon machines are equipped with numerous cutter-heads and multiple motors. When it comes to optional features, tenoners may contain scribing-heads (used for high-precision work), hardened cars, joining links, feed systems, and modules used to transfer products to or from the tenoning machine.

How does a tenoner operate?

During the operation of a wood tenoner, the front of a workpiece is processed with tenons and lots, while the workpiece is being driven past the mill in a carriage. The most commonly produced joints by tenoning are the T-joint and the L-joint. The width of the tenon is usually around 1/3 of the wood strength. The mortise is placed along the grain, in order to ensure stability. There is a difference between a through tenon, where the tenon pierces through, and a blind tenon, which is not visible from the outside. The exact fitting of a blind tenon is possible using a router. As an output, tenoners can produce round tenons, square tenons, and clipped tenons. 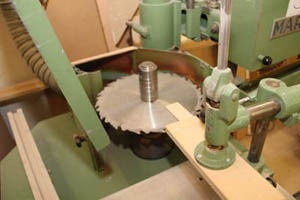 The use of tenoners in the construction and production of furniture

Numerous manufacturers have specialised in the production of tenon machines, the most recommended suppliers including reliable brands such as PANHANS, MARTIN, and BÄUERLE. If you are looking to cut the expenses, sometimes a used tenoner can be as good as new, provided that it was properly maintained and serviced. It is often possible to find a quality used tenoner at a reasonable price in an industrial auction organized by Surplex or in our regular sales of used machines, so feel free to browse our offer or subscribe to our newsletter. 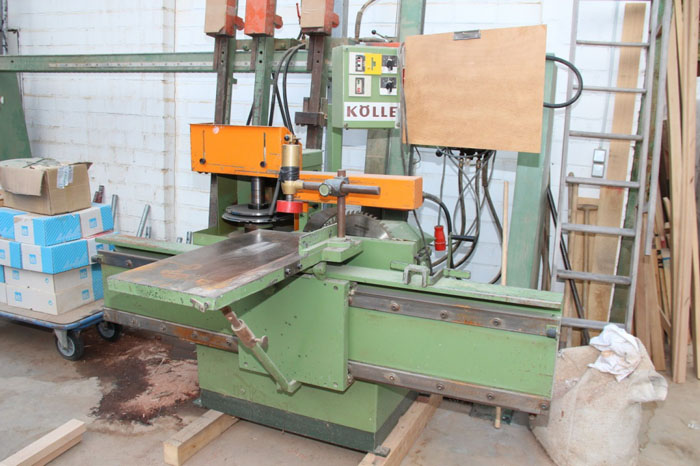 Check out these awesome items on Surplex:
Tenoners