ABB robots is one of the world's prominent suppliers of industrial robots and modular manufacturing systems. The company also focuses strongly on providing service and solutions to its industrial clients. Approximately 200 000 ABB robots are in service globally. ABB Robotics operates in more than 100 countries worldwide. ABB technology has been used to power the second-largest hydroelectric power station in the world in Itaipu, Brazil and in China's 2000 km power super highway, among many other applications.

The History of ABB

ABB Robotics was formally created in 1988 by the merger of the Swedish corporation Allmänna Svenska Elektriska Aktiebolaget and Swiss company Brown, Boveri & Cie, but its structure has a history of 120 years. Research and development are a priority for ABB Robotics and the company has established seven specialised centres dedicated solely to this purpose. Such innovation led to the development of high voltage DC power transmission and innovations in ship propulsion, among others.

As world leaders in power and automation, ABB supplies a wide range of industrial robots and modular manufacturing systems to several industry leaders. They are the largest supplier of electricity grids, worldwide The ABB Robotics corporation is divided into five sections:

ABB Robotics employs 150 000 people and operates in 100 countries around the world. The company stock is traded via Zurich, Stockholm and New York stock exchange. ABB Robotics maintains its company's headquarters in Zurich, Switzerland.

It is ranked 158th on the Forbes Ranking corporate listing. Most recent acquisitions include Baldor Electric USA (2011), Thomas and Betts (2012) and Tropos (2012). In 2013 they acquired Power One and are now the leading supplier of solar inverters. The company's primary investor is the Swedish investment company Investor AB, primarily the Wallenberg family, which holds 7.1% of its shares. 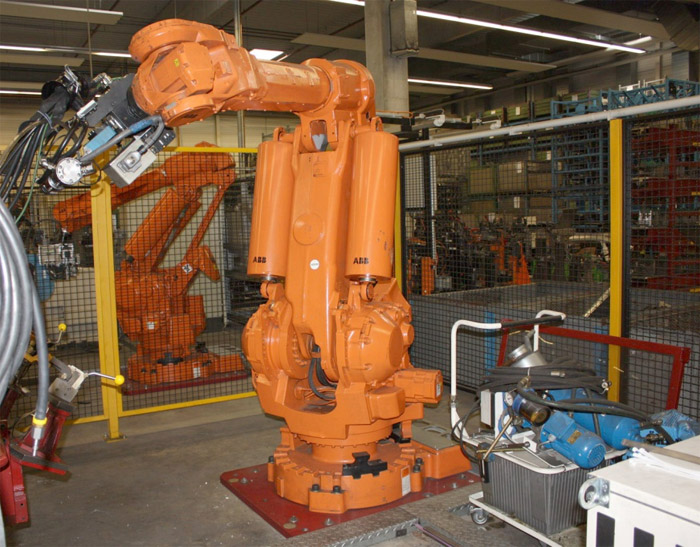 Check out these awesome items on Surplex:
Used ABB Machinery