ESAB is holding company specialized in soldering machines, manual cutting and systematized cutting equipment. It has become one of the leading companies in its field thanks to the research investment on the soldering field and the scientific investigation on materials. This company also uses advanced techniques for solving industrial challenges for its customers.

ESAB is also a supplier for industrial machines and other accessories related to the sector. However it has been its series of welding devices; TIG, MIG, SAW & MMA what allowed this company to stand out.

The History of ESAB

ESAB was founded over 100 years ago, exactly in 1904 in Gotemburg, Germany. But the initial name was ELEKTRISKA SVETSNINGS AKTIE BOLAGET, and it was dedicated to the repair of shipyards in the north of Europe. Even if it started out as a small company, thanks to innovation work and a high standard level of production, the company grew quickly.

One of its founders was Oscar Kjellberg, who invented the electrodes covered by solder. That's the reason why in some soldering equipment there are written the initials OK. In 1904 Oscar Kjellberg registered his revolutionary invention and manufacture process, but it wasn't until two years later, when the patent office approved the document.

In the 30´ the company was established all over Europe, and had subsidiaries in many capital cities, including Madrid. Oscar Kjellberg also invented the soldering process TIG and ESAB acquired HANCOCK GMBH; which is an English company specialized in producing oxygen for cutting processes. That fact changed the name of the company to ESAB-HANCOCK GMBH, but in the year 2000 it was renamed to ESAB CUTTING SYSTEMS GMBH and became an international company operating globally.

What made this company a leading one in its sector was its cutting and soldering equipment and its machines and accessories of different sizes from manual to industrial use ESAB offers to its clients precise handbooks very useful machines that can be used in several areas of the industrial sector and are understandable and affordable, this way the clients of the company become regulars, since the customer service is very well developed.

This company, in order to increase the productivity of the consumers, solves the obstacles that may come up and offers real solutions. ESAB usually works with engine industries, manufacture, pipe mills, energy generators, reparation and support, construction, naval industry, transport and machinery portable.

The ESAB group belongs to COLFAX Corporation since 2012. It employs more than 8000 workers all over the world, has 26 factories in four continents and is represented in more than 80 different counties. It is an important holding and the biggest soldering and cutting equipment supplier. 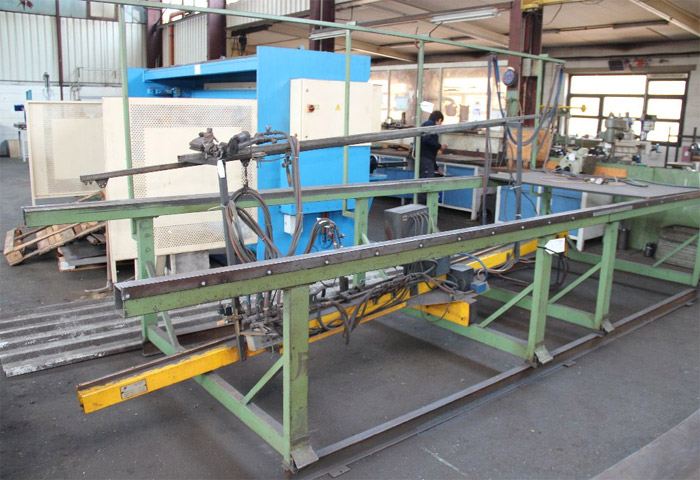 Check out these awesome items on Surplex:
Used ESAB Machinery