The History of FANUC

FANUC is one of the leading manufacturers of industrial robots in the world, with its prototype robots being developed in 1956. As part of the Furukawa Group, FANUC was initially part of Fujitsu's drive to develop numerical control and servo systems during the late fifties to early seventies. "FANUC" is an acronym for Factory Automation Numerical Control. Fanuc Ltd. was formed in 1972 as an independent corporation. The company manufactures robotics for industry, entertainment and computer numerical control systems. These include applications in the automotive, industrial, agricultural and manufacturing sectors. FANUC has a large client base worldwide.

Currently, over 100 000 FANUC robots are at work in the United States and more than 250 000 exist across the world. FANUC robots feature in advertising campaigns, appear on television and in film productions. FANUC robotics can be seen at the Henry Ford Museum, in The Terminator and the Walt Disney World Test Track, among others.

The FANUC brand has subsidiaries, sales branches and joint ventures, such as with General Electric, across five continents and 22 countries. FANUC Robotics Europe S.A is a sister company in Luxemborg and provides robotics to Europe while FANUC America Corporation Services North and South America. Listed on the Most Innovative Companies List (produced by Forbes) as a leading provider or factory automation equipment, FANUC employs about 5 198 staff members in its offices and production depots worldwide. 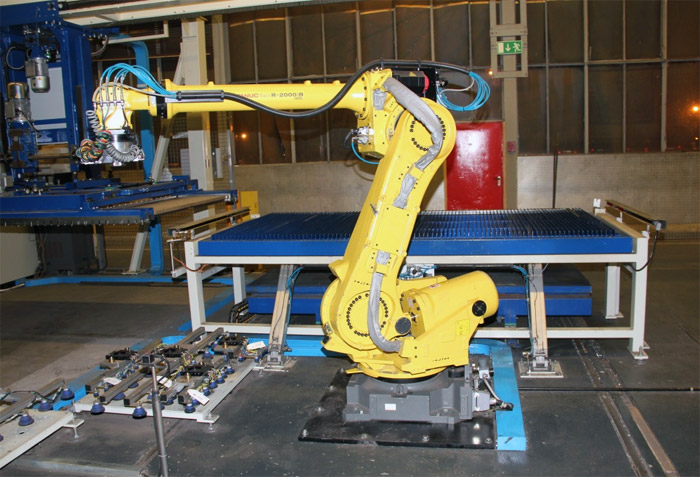 Check out these awesome machines on Surplex:
Used FANUC Machinery