Used Industrial Robots, Welding Devices (mobile) 7 Items
Categories
Filter
Subscribe to search +
Not found what you are looking for?

KUKA was the brainchild of Johann Josef Keller and Jakob Knappich, who both wanted to mass produce affordable lighting for both streets and houses. The company enjoyed a lot of early success, and as a result it branched out into gas fusion welding. By 1936, the company had developed the world’s first welding gripper. It wasn’t long before KUKA had developed an international reputation for excellence in the areas of cutting and welding. The company became a market leader for the production of municipal vehicles in 1966, and together with Daimler-Benz, built Europe’s first robot-operated welding production line.

KUKA is now one of the world’s leading producers of intelligent automation solutions. The company’s extensive selection of products ranges from individual robots to massive production systems, customized for the needs of individual operations. KUKA adopts an ethos of collaboration between employers, partners, suppliers, and customers. The bringing together of various fields of expertise is known as Orange Intelligenz at KUKA, which is what drives the company’s research and development.

The core of KUKA’s business is the production of advanced production robots. Even the most complex of manufacturing processes can be carried out to a very high standard with this comprehensive range of industrial robots. They are available in a range of sizes, and offer six-axis operation for complete mobility. Among the many different variants on offer are HRC-capable lightweight robots, which are designed specifically for collaboration between humans and robots. The KUKA LBR iiwa, for instance, is a sensitive, HRC-compatible robot that boasts quick reactions and the ability to learn.


KUKA’s heat and dirt-resistant robots are built for delivering accuracy and efficiency in the most extreme of environmental conditions. For cleanroom operations in the electronics sector, KUKA manufactures a range of robots that comply with the strictest of hygiene requirements. The company also specialises in small, waterproof robots for use in machines tools, palletizing robots, welding robots and press-to-press robots. Each model has its own reach, and is designed to work on the floor, the ceiling, a wall or via a portal.

There are several KUKA industrial robots in the KR range, including the versatile KUKA KR6, which is compact and highly mobile and the KR 30 2, which shortens cycle times through maximum repeatability and precision landing. 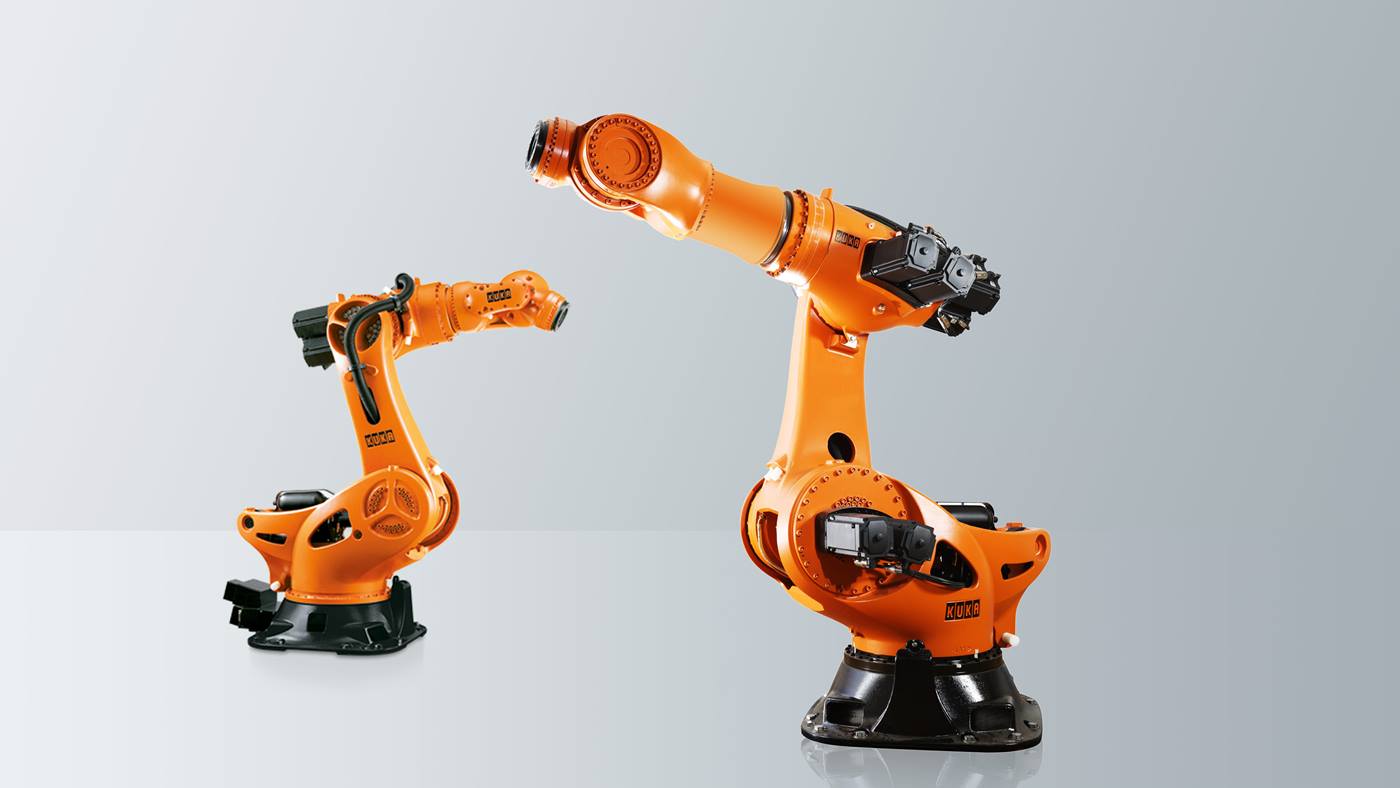 
The KUKA KR16 Series is extremely versatile. Available in a wide range of variants according to different requirements, it offers a high level of safety and efficiency. The KUKA KR 16 is suited to continuous-path controlled tasks, while it extension – the KR 20 – presents an increased payload of 20 kilos.

The KUKA KR 30 Series offers a similar design, but it has been created to handle average loads up to 30 kg. For heavier loads, one can turn to the KR 60 Series, which is capable of handling loads up to 60 kg.

The KR AGILUS Series is characterized by its speed and compact-design. This KUKA robot is capable of handling loads up to 10 kg on 5 or 6 axes. The different models in the Series offer different levels of resistance to water or explosions. 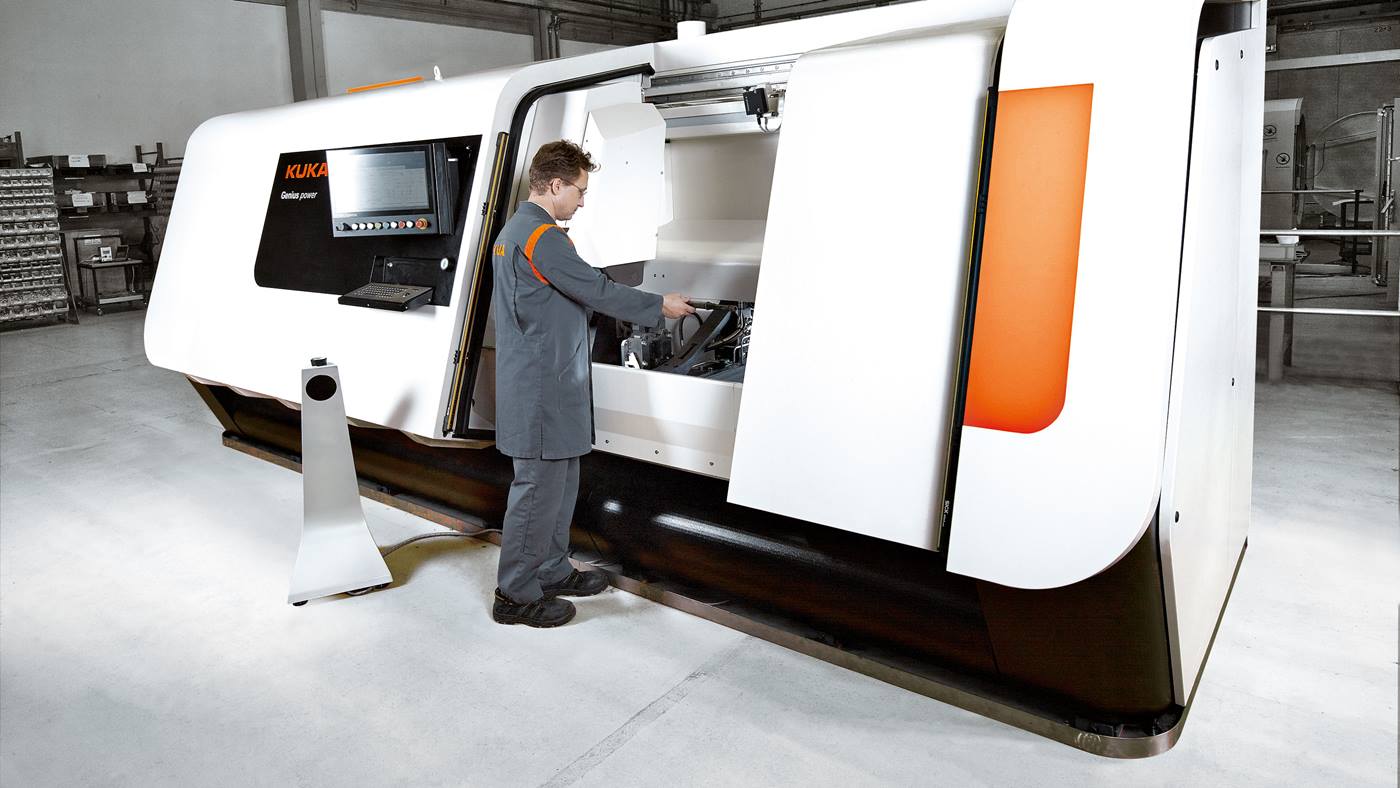 KUKA’s selection of production machines allow you to create customised manufacturing processes through the integration of standardised components and systems. The company specialises in the manufacture of automation components and function packages, many of which can be integrated into existing production process with only minimal modifications.


KUKA’s linear friction welding machines are represented by two models: LR 20 and LR 100. The LR 20 is designed for producing small parts, while the LR 100 is able to join parts together to create larger structures.

KUKA has pioneered mobile platforms and robots to make productions processes faster and more flexible than ever before. As static production lines continue to make way for mobile alternatives, KUKA has been at the forefront of engineering. The company’s intelligent mobile units are capable of finding their destinations autonomously — to within millimetres of the programmed coordinates. 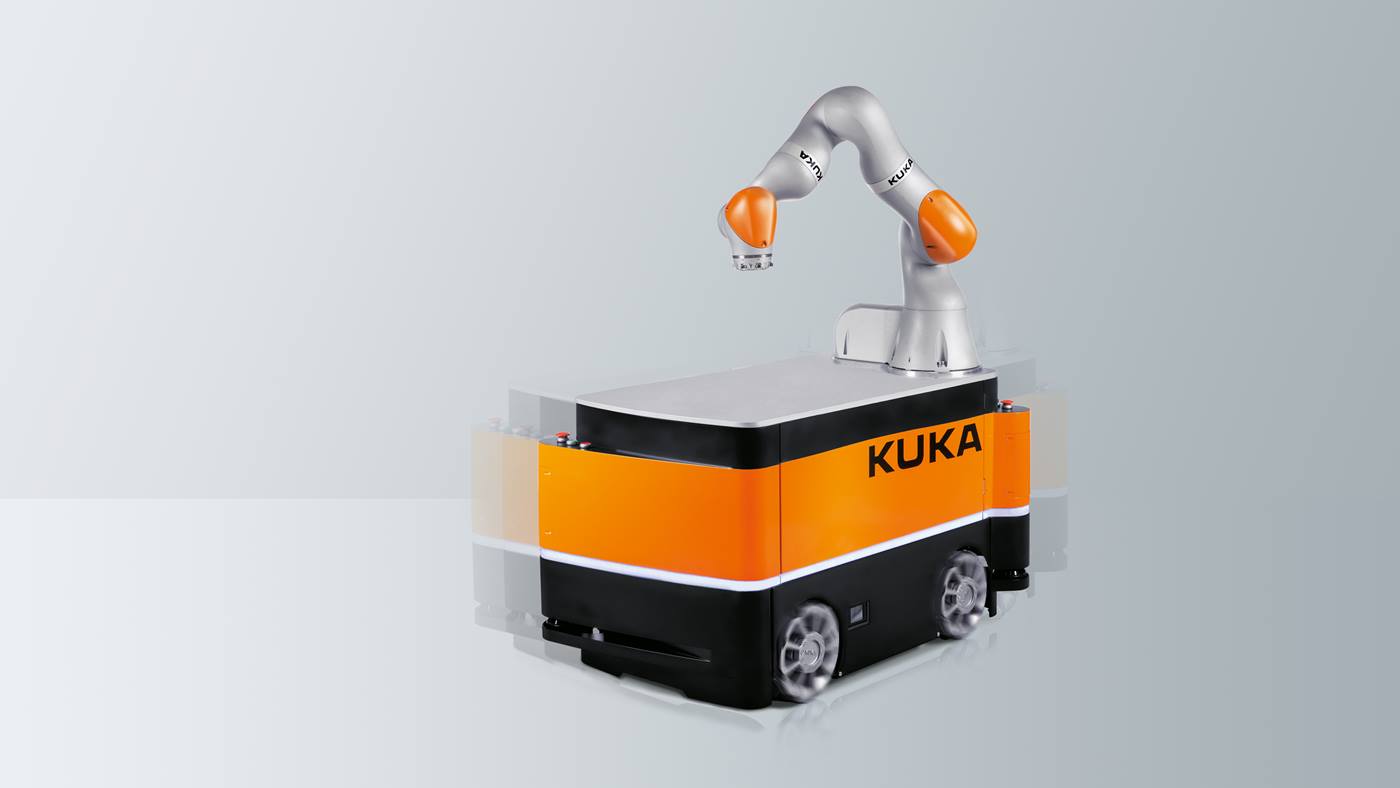 One of the technologies that has made KUKA a leader in this field is the omniMove drive technology. It is inspired by the Mecanum wheel, and comprises nine rollers and two rim discs. This strong and sturdy transport platform makes it possible to move extra-large loads and lift them up. Operated by remote control, this advanced system is capable of manoeuvring in very tight spaces with millimetre accuracy.

The selection of mobility robotics from KUKA means your business can develop faster and more efficient production processes with fewer manual operators. Mobile platforms, for instance, make robotic production lines run more smoothly than ever before. The company’s range of mobile robots are flexible, accurate and fully autonomous. Bringing everything together is the KUKA Navigation Solution, which facilitates collision-free navigation by autonomous vehicles.

KUKA is a world leader when it comes to designing and manufacturing highly accurate production robots. While the company’s industrial machinery is always in demand, it is possible to pick up some second-hand bargains if you’re prepared to check online used machinery marketplaces regularly. For instance, the KUKA KR 125 is widely available at auctions and sale events. These machines are made to incredibly high specifications, and they stand the test of time very well. As a result, it will be relatively difficult to find a KR 125 for less than 8,000 EUR. If you’re prepared to be patient, a great bargain should become available before too long.

Check out these awesome items on Surplex:
Used KUKA Machinery