SCHEER (KOCH) is a German company that leads the industrial machinery field. It is specialised in woodwork machinery and has a world wide reputation.

The company produces all kinds of replacement pieces to work with wood and increase the productivity on the carpentry field. SCHEER also stands out because of its research investment and its customer service. These facts make SCHEER one of the international leaders in its sector.

The History of SCHEER

The origin of the company is in Stuttgart, a German city. The company was created in 1890 and went through many phases until it became a producer of electric tools for wood working in 1930, a field in which it stands out at an international level.

SCHEER (KOCH) is a producer of electric machinery and replacement pieces for the carpentry field. Among their many products, can be found the panel saws and the dowel drilling machines. Both of them are produced with the best technical quality and care, also, the newest machines work with informatics software, so that the use improves and the productivity increases. Finally, the company also sells replacement pieces for machines.

As one of the leader companies in the industrial machinery sector, SCHEER (KOCH) sells its products all over the world. The company is present in Europe, U.S.A. and Asia, including China and Japan. As an evidence of its growth, the company opened a new office in China in 2006, this allowed the company to introduce itself to the industrial sector in Asia. 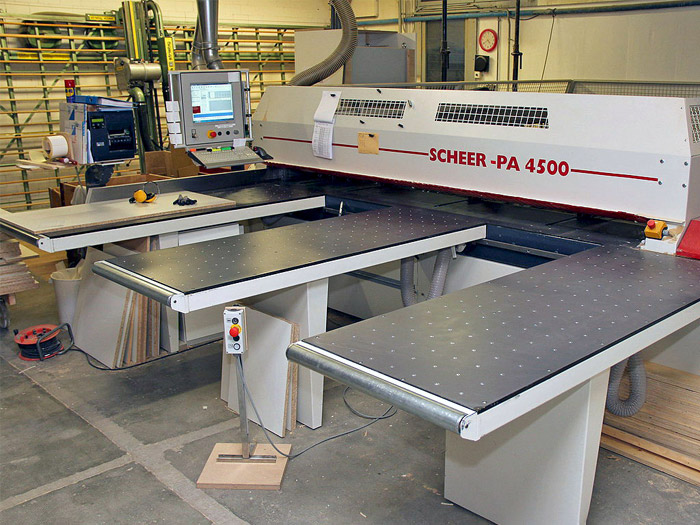 Check out these awesome items on Surplex:
Used SCHEER Machinery