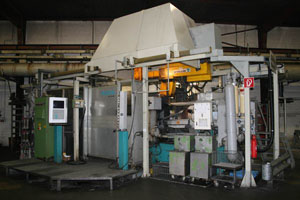 Personalised pneumatically or hydraulically. In order to increase efficiency, CNC control systems are implemented to automatically monitor and adjust all processes. Important criteria to watch out for when choosing a die casting machine are material circulation, melt-back costs, process costs, cycle time and improvement in the quality of the finished parts. A die casting machine is made out of a mould closing unit that is used to close and open the mould. A fixed standing machine platen holds the casting set and the half of the mould where the material is poured into. The movable machine platen contains the upper half of the mould. The four guiding columns are used to guide the movable machine platen. 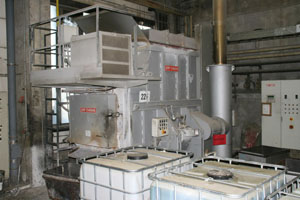 The first die casting machines were used at the beginning of the 20th Century. Pioneered and developed in the USA, the machine became known under the title of injection moulding. In modern usage, the materials most commonly used for this process are aluminium, zinc and magnesium. The moulds are made out of high-strength hot-work steel. With a pressure of 10 to 200 MPa (megapascal), a molten material is poured into the mould and then quickly pressed and cooled. The mould is permanent and therefore can endure a high amount of pressure. This is particularly the case for the warm chamber process because the pouring unit and the extension cylinder are always in liquid melt. 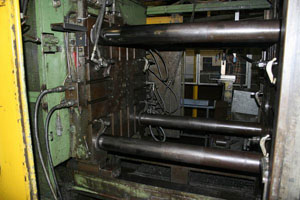 Areas of application and examples of die casting machines

The die casting process and its corresponding machines are most commonly used for the manufacturing of components with smooth, clean surfaces and exact edges. Minimal wall strengths, with an exception of those less than 1 mm, are possible. The achievable production tolerances lie within a tenth to a hundredth of a millimetre. Depending on the material used, the working life of the tools can last to about 100,000 shots with aluminium die casting and 500,000 shots for other materials. The industry shot is a term used for a single cast. There are many examples for the application of die casting machines. The main area of application is the manufacturing of machine casings and components. It is also possible to manufacture complex workpieces with a core, if these have been developed according to the requirements of the process.

Several companies have specialised in the manufacturing of die casting machines. Some of the most recommended suppliers include OSKAR FRECH, COLOSIO s.r.l., URPE, ITALPRESSE, IDRA, BÜHLER, MÜLLER WEINGARTEN DRUCKGUSSTECHNIK 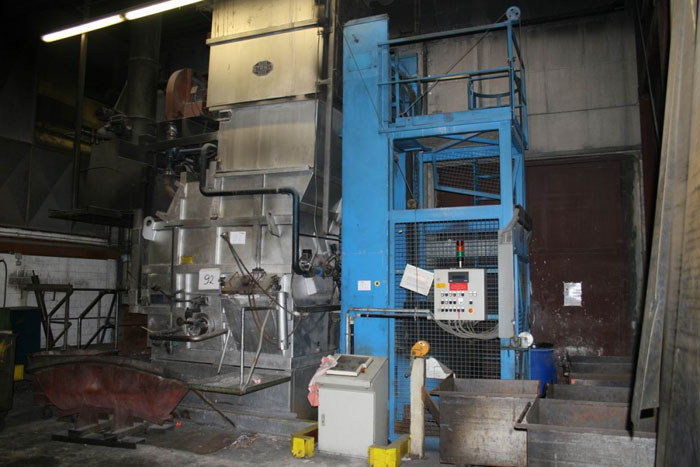 Check out these awesome items on Surplex:
Foundry Machinery