Where coils have to be transported and processed, coilers and decoiling reels are irreplaceable. A reel & coiler for the heavy industry, which can carry loads weighing tons, is of course designed differently from an ordinary reel, such as those for winding garden hoses or electric cables. In sheet metal processing, reels & coilers with and without propulsion are omnipresent in the automated processing of metal strips and wires. They are used with strip processing lines, longitudinal slitting lines, straightening machines and presses. At Surplex you can buy not only used machines but also used reels & coilers at fair prices! 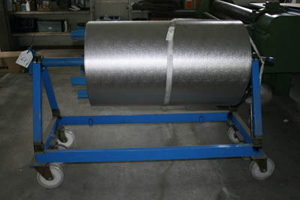 Explanation of the term "reel"

A reel is a machine or device, with which material strips are wound and unwound. Reels can be used to produce transportable packets from pre-production and prepare them for internal and external transportation. Reels can also gradually release the material in order to allow for automatic and continuous production.

The term strip material can encompass a lot of things in industry including the smallest roll made out of cellophane or plastic for the adhesive tape industry, or strip steel that can be several centimetres thick. If the strip steel is wound up, it is called a "coil". The standard coil is 1.50 metres in width and can be as heavy as 30 tonnes. The reel used to handle these strips has to have the right dimensions to be able to do so in a safe and controlled way. Hose and cable materials can also be processed with reels. 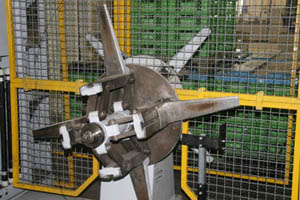 Areas of application for reels

Reels are applied where strip material is produced or further processed. In the further processing industry, reels with plastic or strip steel are often attached to punching machines. With their help, mass production can take place without human intervention. In the pipe and tubing industry, reels are a fixed component of the production machine. For example, when producing spiral welded pipes using steel.

Working with a reel

Who can be authorised to work with a reel largely depends on the circumstances. If heavy steel products weighing several tonnes are being processed, then only trained and qualified personnel should operate the reel. 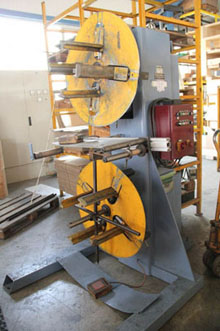 The processing of small components and light strip material made out of plastic can be undertaken by assistants. The handling of heavy reels sometimes requires additional support from machines, such as a forklift.

The amount of reels available on the used machinery market depends heavily on where they will be applied. Reels for light goods that are easy to manage are much cheaper and easier to find on the market than reels used for heavy industry. Depending on the size of the reel, there are certain structural measures that need to be taken into account. For example, a reel for a 30 tonne coil requires an additional foundation, which is not needed for reels with a carrying capacity of only 150kg. 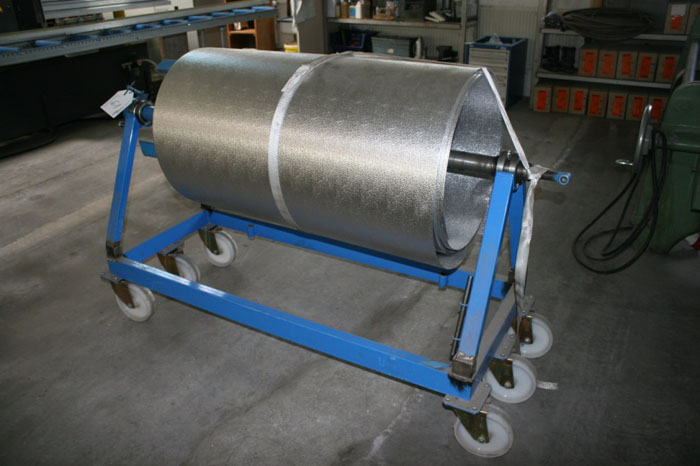 Check out these awesome machines on Surplex:
Reels & Coilers