The facing lathe is used for heavy machining just like the vertical turret lathe. It is used for face turning of short components with large diameters. These include gear rings, bearing rings and flanges, which are used, among other things, in ship engines, turbines and power plants. In theory, facing lathes are constructed like centre lathes, but they are fitted with a faceplate of large turning diameter. The drives move automatically and all components are extremely stable. Many heavy-duty cutting machines can therefore be found in top conditions even if used. At Surplex you will find used facing lathes by ZERBST and other manufacturers. 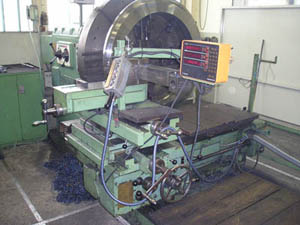 Facing is an important industrial production operation carried out by metalworking machinery and woodworking machinery. Depending on the type of machine, a facing lathe feeds the workpiece into a rotating faceplate at a 90 degree horizontal or vertical angle, resulting in the removal of metal located at the end of a workpiece in order to create a smooth and flat surface. This leads to a reduction in length through carefully facing off the material at the end and produces a smooth surface where accurate measurements can be taken. Within heavy industry larger face plates are often preferred over smaller ones in order to accommodate large surfaces, and in such situations it is common practice to use a vertical lathe with a large lying surface plate.

History and background of the Facing Lathes

Lathe machines date back as far as the ancient Egyptians and could potentially be the oldest machinery tool used by humans. The extremely powerful and adaptable facing lathes that are available to us today have evolved from a variety of early versions. Facing lathes became an essential part of the industrial revolution, when wood, stone and horsepower were replaced by steel and steam engines. It is possible to find a facing lathe from 1830 located in the Deutsches Museum, and it was from 1840 that the use of horizontal face plates started to be used.

In the modern industrial workplace front-facing lathes are mostly used for solids of revolution (SOR), referring to objects with non linear shapes and offer rapid, highly precise results. They are often used for processing industrial components such as cylinder machines, pipes or equipment for the oil services and networks, and are also available as larger machines with a bigger plate size diameter. Manufacturers can also easily integrate other features and attachments into these machines, which makes a wide variety of functions possible. Drilling, reaming, grinding are all well within the capabilities of facing lathes, thus reducing the need for different kinds of specialist equipment and providing a significant cost saving solution. Double spindle facing lathes significantly shorten the processing time usually taken for large items, and allow up to three tools to work independently on a workpiece. This version usually operates on a hydrostatic slide bearing and is most often used for the creation of large engine components and power plant construction. Manually operated lathe machines are still widely used within many industries, but many modern machines now operate as CNC lathes. This offers manufacturers two key benefits - increased accuracy and prevention of injury. 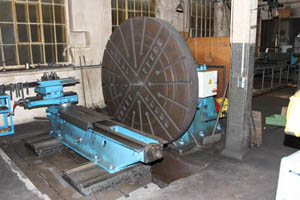 These large and powerful machines are generally used for the processing of metal workpieces with a large diameter. For example, turbines, electric motors, generators, large casts and forged parts are just a few items that can be effectively machined with the help of a facing lathe. Certain lathes can even process materials that weigh up to several tonnes, such as vertical lathes, which are crucial in the production of ship propellers.

A number of companies focus on the production of facing lathes. Brands such as MAGDEBURG, DÖRRIES, STANKO, WAGNER DORTMUND, VOEST ALPINE WEIPERT, WOHLENBERG and SEIGER are particularly well-renowned for their specialist machines.
You can find a used facing lathe of those and other famous brands on Surplex.com. Just take a look on our industrial auctions and find your desired machine. 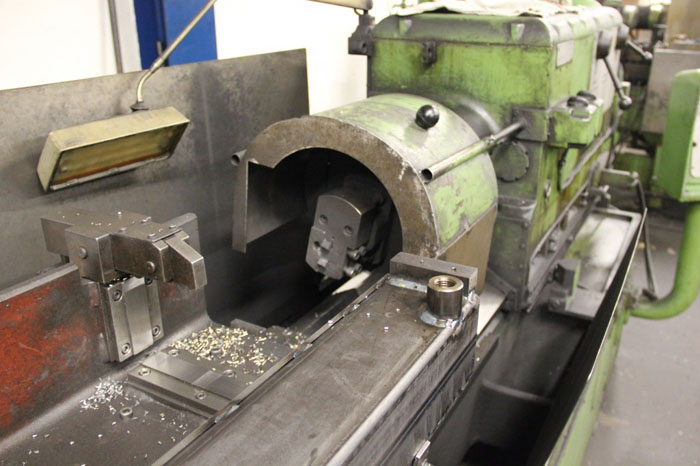 Check out these awesome items on Surplex:
Facing Lathes